NIVEA (pronounced [niˈveːaː][1]) is a German personal care brand that specializes in body-care. It is owned by the Hamburg-based company Beiersdorf Global AG. The company was founded on 28 March 1882, by Paul Carl Beiersdorf. In 1890, it was sold to Oscar Troplowitz. Troplowitz worked with his consultant Paul Gerson Unna and the German chemist Isaac Lifschütz, developed a new skin care cream. In 1900, Lifschütz developed a water-in-oil emulsion with Eucerit, the first stable emulsion. This was the origin of Eucerin. Nivea comes from the Latin word niveus, meaning "snow-white".[2]

During the 1930s, Beiersdorf started producing different kind of products such as tanning oils, shaving creams, shampoo and facial cleanser and toners. The trademark "NIVEA" was expropriated in many countries because of World War II. The confiscated trademark rights were completely bought back by Beiersdorf. During the 1980s, the NIVEA brand expanded into a wider global market.

1882: Pharmacist Paul Carl Beiersdorf establishes the company on March 28. NIVEA originated in Germany. The date of the patent document for the manufacture of medical plasters is taken as the date of the company’s formation.

Beiersdorf produces gutta-percha plasters in his laboratory on the basis of his patent, laying the foundations for modern plaster technology.

By adopting a policy of "honorable tactics", the Beiersdorf Executive Board, under the leadership of Carl Claussen, steers the company through the Nazi period. Although Beiersdorf retains its own business culture, it must still cooperate with the regime.[3] 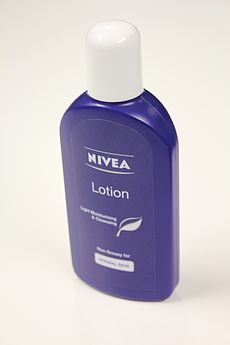 During World War II: The marketing manager Elly Heuss-Knapp distanced the brand from Nazi ideology.[3] In 1949 she became the wife of Theodor Heuss. 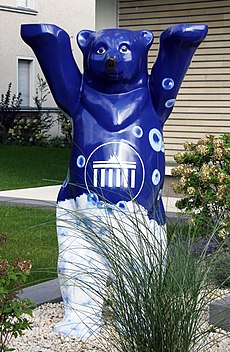 Professional wound care is spun off in line with the new strategy and contributed to a joint venture between Beiersdorf and Smith & Nephew. BSN medical, domiciled in Hamburg, is founded.

Retrieved from "https://en.everybodywiki.com/index.php?title=Nivea&oldid=387664"
Categories:
Hidden categories:
This page was last edited on 25 April 2019, at 18:43.
This page has been accessed 1,410 times.
Content is available under License CC BY-SA 3.0 unless otherwise noted.
Privacy policy
About EverybodyWiki Bios & Wiki
Disclaimers