The BAOC aspires to be the self-governing national church of an independent Belarus, but it has operated mostly in exile since its formation, and some publications of the church acknowledge that it sometimes struggled for viability. It has been hampered by the hostility of successive Belarusian governments, a lack of acceptance from the main canonical Orthodox churches and, in much of the diaspora, a relatively small number of people who identify with the Belarusian nationality.

Advocates of an autocephalous church in Belarus trace its roots to the beginnings of Christianity in the Slavic lands, and say both Catholic and Russian Orthodox rulers unjustly suppressed it for centuries. The modern B.A.O. Church was started by believers who initially belonged to the Polish Orthodox Church, which was granted autocephaly by Constantinople following the First World War. On July 23, 1922, at the Sobor in Minsk, the Belarusian Autocephalous Orthodox Metropolia was founded.

The Belarusian Autocephalous Orthodox Church in Belarus survived until 1938, when it was destroyed by the Bolsheviks. It was revived in the late 1940s. Since the fall of the Soviet Union, it has attempted to re-establish itself in Belarus, where most Orthodox Christians belong to a jurisdiction of the Russian Orthodox Church. Western governments have accused the Belarusian government of actively persecuting the BAOC. 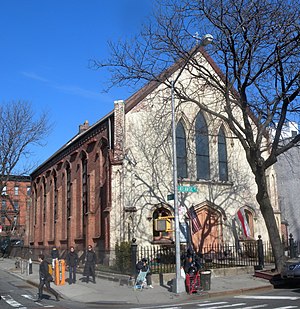 Retrieved from "https://en.everybodywiki.com/index.php?title=Belarusian_Autocephalous_Orthodox_Church&oldid=820450"
Categories:
Hidden category:
This page was last edited on 19 June 2020, at 20:35.
This page has been accessed 820 times.
Content is available under License CC BY-SA 3.0 unless otherwise noted.
Privacy policy
About EverybodyWiki Bios & Wiki
Disclaimers