"Chokepoint" is the thirteenth episode of the ninth season of the post-apocalyptic horror television series The Walking Dead, which aired on AMC on March 10, 2019.

Daryl and Connie flee with Henry and Lydia from a group of Whisperers led by Beta within a horde of walkers. Connie directs them to an uncompleted high-rise that her group had taken shelter in before, where she shows to Daryl that they could isolate the Whisperers by laying an ambush on the upper floors. Unsure about Lydia's trustworthiness, Daryl locks her in a closet with Dog while they prepare for Beta's group to arrive. This plan works, as Beta and his allies are forced to abandon the walkers on the ground floor, giving Daryl and Connie the ability to kill them easily. Daryl has a one-on-one fight with Beta, which ends with Daryl pushing Beta into an open elevator shaft. Lydia, fearing for Henry's safety, breaks out of the closet, in time for Dog to attack a Whisperer that was about to kill Henry, though Henry still ends up injuring his leg. With the Whisperers subdued, the group work to lure the walkers out of the ground floor so that they can escape, unaware that Beta is still alive at the bottom of the elevator shaft.

As the Kingdom prepares for their fair, one of their scout groups led by Jerry is ambushed by a group of humans called the Highwaymen, who strip them of all their gear. When Carol learns of this, she suggests that because the Highwaymen did not kill Jerry's group, they may be open to negotiation. Ezekiel, Carol, and other Kingdom members go to the Highwaymen headquarters, and lure the Highwaymen into a trap so that the Kingdom group can overpower them. Ezekiel tries to convince the Highwaymen to help them keep the roads clear for the other communities traveling to the fair, but Carol convinces them that they would have an opportunity to see a movie if they help. The Highwaymen reluctantly agree, returning the gear they took, and later are shown helping the Hilltop community make their way to the Kingdom. When Carol sees that Henry is not with the group, Tara worries that Daryl's group hasn't arrived either, and efforts to locate them are launched.

The fight scene between Daryl and Beta was the most praised in the episode. Director Liesl Tommy explained: "I worked really hard with Monte and Josh, our stunt guys, to make a fight that felt worthy of these two actors (Norman Reedus and Ryan Hurst). So you just want that fight to be as visceral and brutal and, at the same time, feel like these are two men who may not be physically matched, but they match in intensity."[1] 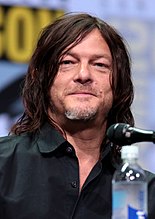 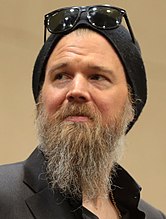 "Chokepoint" received critical acclaim. On Rotten Tomatoes, the episode has an approval rating of 90% with an average score of 7.35 out of 10, based on 20 reviews. The critical consensus reads: "'Chokepoint' brings a welcome dose of crunchy action to The Walking Dead, spotlighting Norman Reedus' physicality while introducing an intriguing new gang of rogues into the mix."[2]

Matt Fowler of IGN gave the episode a positive review with a score of 7.9 out of 10. He praised the fight scene between Daryl and Beta, writing: "And it's here that we get a really awesome fight that allows Daryl to shine as the kind of action hero this series has needed for a long while." Overall, he felt: "If 'Chokepoint' had focused solely, or even a little more, on Daryl and Connie's clash with the wicked Whisperers, it would have felt like a stronger installment. Because all that stuff, even with Henry in mind, was pretty awesome. The Kingdom's side story, which sprinkled a whole new faction into the stew, was both harmless and head-scratchy. Payoff for it will hopefully come down the line, the sooner the better, but the other stuff was so strong that it just came off as bloat."[3]

Jeff Stone of IndieWire gave the episode a B+ saying: "The whole action scene with Daryl’s team vs the Whisperers is a stand-out, especially since the unfinished building provides ample hiding spots and surprise dangers, like the saw blade Beta nearly finishes Daryl with. Unlike the Savior years, here’s a conflict that isn’t just two groups of grimy extras shooting at each other from behind cover. The relative rarity of firearms, post time jump, has done wonders for the show’s human vs. human fight scenes."[4]

Erik Kain of Forbes praised the episode and in his review wrote that "Beta is terrifying" and "that whole fight scene was just phenomenal." He went on to say that "'Chokepoint' was, for the most part, a fantastic episode. It's certainly the first episode of 9B that had me on the edge of my seat. Mostly that's because of Beta (Sons of Anarchy's Ryan Hurst) who is just wonderfully scary and intimidating. The guy is huge, for one thing (at 6'4" he's got an inch on me) and in his trenchcoat and walker skin he's quite the striking figure, whether shambling slowly with his "guardians" or charging through a wall to attack Daryl."[5]

"Chokepoint" received a total viewership of 4.83 million with a 1.8 rating in adults aged 18–49. It was the highest-rated cable program of the night and improved in viewership from the previous week.[6]

Share
Retrieved from "https://en.everybodywiki.com/index.php?title=Chokepoint_(The_Walking_Dead)&oldid=1647214"
Categories:
Hidden categories:
This page was last edited on 20 April 2021, at 13:27.
Content is available under License CC BY-SA 3.0 unless otherwise noted.
This page has been accessed 736 times.
Privacy policy
About EverybodyWiki Bios & Wiki
Disclaimers