Do Not Send Us Astray

Search Do Not Send Us Astray on Amazon.

"Do Not Send Us Astray" is the thirteenth episode of the eighth season of the post-apocalyptic horror television series The Walking Dead, which aired on AMC on March 25, 2018. It was written by Angela Kang and Matthew Negrete, and directed by Jeffrey F. January. It also features the final appearance of Tobin (Jason Douglas).

Having taken over leadership of the Saviors following Negan's disappearance, Simon (Steven Ogg) leads the Saviors' convoy to the Hilltop, now intent on wiping out any survivors rather than trying to coerce them into submission as Negan wanted. The convoy's traverse is noticed by Hilltop scouts and the community begins preparing for the imminent attack. When the Savior convoy reaches the community at night, Maggie (Lauren Cohan) contacts Simon over walkie-talkie, warning him that she will personally execute all of the Savior prisoners that they still hold captive, should he mobilize an attack. Simon says the prisoners are no longer members of the Saviors since they were captured, much to the prisoners dismay. As they exchange words, Daryl (Norman Reedus) suddenly arrives, riding up on his motorcycle, and starts opening fire at the Saviors with a machine gun, forcing them to start their attack on the Hilltop; the battle begins in earnest.

Prepared for the attack, the Hilltop soldiers attack the Saviors from highly defensible positions, taking out several of their numbers. In the midst of the chaos, Simon takes Dwight (Austin Amelio) to work their way behind the attackers. Inside the community, Simon spots Tara (Alanna Masterson) and begins to hunt her down. However, Dwight, who has secretly sided against the Saviors, shoots Tara in the shoulder with an untainted arrow, saving her from being killed by Simon. Meanwhile, Rick (Andrew Lincoln) and his other forces charge in from the outside, chasing out the remaining Saviors.

The next day, the Hilltop community bury their dead and tend to their wounded, unaware that the Saviors had coated their weapons in walker viscera for the attack. Among those injured is Tobin (Jason Douglas), Carol's (Melissa McBride) former boyfriend from Alexandria. Elsewhere, Rick reveals to Maggie (Lauren Cohan) that he had attempted to kill Negan just before the attack but failed and feels some responsibility for how this attack went. Daryl accuses Tara of trusting Dwight after having seen him as part of Simon's forces and escaping with the other Saviors, but Tara insists Dwight is still loyal to them. Morgan (Lennie James) starts having visions of Gavin (Jayson Warner Smith), a dead Savior lieutenant he was intent on killing but could not, who was then unexpectedly killed by Henry (Macsen Lintz).

That night, those infected by walker blood, including Tobin, succumb to the infection and turn into walkers, attacking the sleeping residents of the Hilltop. The remaining residents react quickly to put down the walkers, with Carol herself stabbing the reanimated Tobin in the head. Concurrently, Henry accosts the Savior prisoners with a gun, demanding to know which one of them killed his older brother, Benjamin. When none of them respond, Henry unlocks the pen and enters to threaten them directly. However, one of the prisoners, who had also been hit by walker-coated weapons, reanimates and starts attacking them. In the confusion, another Savior, Jared (Joshua Mikel), wrestles the gun from Henry and leads the other Saviors, as well as Gregory (Xander Berkeley), to escape from the Hilltop during the turmoil.

When dawn breaks, Maggie oversees more burials of their friends. They discover the missing Savior prisoners, though a few, led by Alden (Callan McAuliffe), offer to stay and help the Hilltop even though they know they will still be treated as prisoners. Additionally, Carol and Morgan go to search for Henry, who appears to have disappeared. 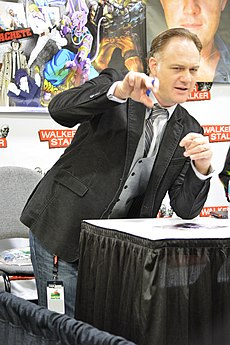 This episode features the death of the recurring character Tobin, portrayed by Jason Douglas, who has been on the series since the episode "Forget" from the fifth season. In an interview Douglas said: "Up until the moment I found out, I had no clue that it was imminent, but I've always been expecting it."[1]

"Do Not Send Us Astray" received generally positive reviews from critics. On Rotten Tomatoes, it holds a 71% with an average rating of 7.3 out of 10, based on 21 reviews. The site's consensus reads: ""Do Not Send Us Astray" focuses on a fan favorite and features some exciting battle action—although with a bit of a mid-episode lull."[2]

The episode received a total viewership of 6.77 million with a 3.0 rating in adults aged 18–49. This was a slight increase from the previous week, which had 6.66 million viewers.[3]

Share
Retrieved from "https://en.everybodywiki.com/index.php?title=Do_Not_Send_Us_Astray&oldid=1150115"
Categories:
Hidden categories:
This page was last edited on 1 December 2020, at 01:55.
Content is available under License CC BY-SA 3.0 unless otherwise noted.
This page has been accessed 803 times.
Privacy policy
About EverybodyWiki Bios & Wiki
Disclaimers