Mudflap is the name of three fictional characters in the Transformers series.

Mudflap transforms into a construction crane. In the Japanese version of the series; Transformers: Galaxy Force, the character is called Demolishor.

In the cartoon, Mudflap was originally one of the Autobot civilian refugees hiding on Earth. Disgruntled with having to exist in secret amongst the lowly human race and stopping at traffic lights, Mudflap was sought out and recruited to join the Decepticons by Starscream, but then he left and wandered Earth. Eventually Mudflap rejoins the Autobots.

His toyline bio, however, tells a different story. In this version of events, Mudflap was an undercover Decepticon operative placed on Earth before the Autobots had even arrived. Having infiltrated the construction industry, he spent his time sabotaging the infrastructure of human society.[1]

Mudflap's voice in the Cybertron cartoon is performed with some variation of a French accent.

In episode 15, "Race", the Autobot Mudflap rants about his dislike for the disorderly humans when he is approached by Starscream and Thundercracker. Focusing on his dislike for being forced to live with the humans, Starscream is able to talk him into joining the Decepticons.

In episode 20, "Ice", Starscream and Mudflap confront the Autobot's human allies at the North Pole, but are opposed by Scattorshot. Although Scattorshot gets the better of Mudflap initially, Starscream uses water to freeze up Scattorshot's systems. The humans and Mini-Con Recon Team use Mudflap's dropped gun to signal the other Autobots, who come to their rescue.

Landmine discovered that Mudflap had joined the Decepticons in episode 27 "Revelations". They fought in episode 28 "Critical." Mudflap followed Megatron to Starscream's island headquarters in episode 29 "Assault," but Landmine followed him there.

In episode 31, "United", Scourge, Mudflap, Crumplezone, Ransack and Thundercracker followed Megatron on the Space Bridge to Cybertron. They were joined by Thunderblast, who claimed she'd rather work for Megatron than Starscream.

When the Autobots attempted to use a gigantic rocket to move the Jungle Planet back into its orbit, Galvatron attacked and damaged the rocket. The Jungle Planet threatened to crash into Cybertron. The combined strength of Scourge, the Autobots, the former Decepticons (Dark Crumplezone, Ransack, Thunderblast and Thundercracker), and their allies from the various planets (including Mudflap) were able to combine their strength and move the rocket back into place.

When the character of Signal Lancer was animated in the final episode of Cybertron, the animators used a slightly modified transformation sequence from Mudflap.

File:Shockwave-cybertron.jpg
Shockwave, a bonus Mini-Con packaged with some versions of Mudflap

According to the additional information accessible online by entering the code printed on the back of toy's Cyber Planet Key at the official Transformers website, Mudflap is a former boxer.
The toy of Mudflap was sold in the larger "Voyager" size class. The toy was initially sold by itself, and later sold at Target stores with the Mini-Cons Shockwave and Tankor attached as a promotion.
Early concept art of Mudflap shown at BotCon 2006 showed concept art of the character done in dark blue with white and gold highlights.

Mudflap is described as a vicious Decepticon who likes to use his saw on Autobots, but secretly wishes he was one.[2] Though marketed in the toy line supporting the 2007 film Transformers, he does not appear in it. In addition, he is not related to the Mudflap seen in the 2009 sequel Transformers: Revenge of the Fallen.

This version of Mudflap only appeared in issues 23 and 24 of the UK Titan Magazine Transformers series. He was among a group of Decepticons on Earth in an alternate timeline story.

A redeco of Cybertron Mudflap available exclusively at Toys "R" Us stores. His colors are a homage to the Generation 1 Autobot Micromaster Erector. During development they considered painting him to resemble an abandoned Cybertron character named Landslide. One name considered for the character was "Sawtooth", but the name was unavailable, so they stuck with Mudflap.[3]

Mudflap appears in the second Transformers installment as an Autobot.[4] This character is not related to Mudflap who appeared in the toy line for the first film. He, like his twin brother Skids, typically speaks in street slang. Originally forming an old ice cream truck with Skids, Mudflap gains his own vehicle mode following the Shanghai operation. Their robot modes were revealed for a short time on the web, but were taken off due to the request by Activision.[5]

According to the biography and statistics published on the Hasbro web site Mudflap is 8 feet tall and he has a nearly psychic link with his brother allowing them to make coordinated attacks. It also states that Skids and Mudflap used to serve as messengers before becoming warriors.[7] Mudflap is armed with a machine gun and a missile launcher.

Skids and Mudflap appeared in commercials for Burger King during the release of the 2009 film.[8]

In Tales of the Fallen #6 Arcee is taken by Thundercracker and given to the Decepticon medic Flatline, who experiments on her. Upon waking up she discovers Skids and Mudflap are also captives of the Decepticons.[9]

Mudflap first appeared in Transformers: Alliance #4 as one of the Autobots who responded to Optimus Prime's call to Earth. He joined with Optimus' team as part of NEST.

Mudflap appears in Transformers: Nefarious #1, set months after the events of the 2009 film. Alice steals an RV in Seattle and is chased by Skids and Mudflap, who keep her occupied until Sideswipe arrives and defeats her. She is taken to NEST headquarters on Diego Garcia to be examined by Ratchet. Sideswipe is disgusted by her decision to disguise herself as a human.

In California the Autobots set a trap for Starscream's minions Divebomb, Fearswoop and Skystalker by having Theodore Galloway pose as an arms dealer attempting to purchase Cybertronian technology. The trap is uncovered and the Autobots send in Arcee, Chromia, Elita-One, Ironhide, Mudflap and Skids. Divebomb and Skystalker are killed while Fearswoop is captured by the Autobots and taken back to the NEST base on Diego Garcia.[10]

Mudflap, who originally transforms into half of an ice cream truck, fails to capture Sideways in Shanghai, China. When he returns to the N.E.S.T. base on Diego Garcia he scans a new vehicle form, that of a concept car. Initially he wanted the "green one" but his brother beat him to it so he took the red-orange one. They then approach and accompany Bumblebee who rescues Sam Witwicky from Megatron and Starscream. The twins then accompany Wheelie, Sam and friends and in their search for the ancient Seeker Jetfire are teleported with them to Egypt. Finding themselves at a dead end, Mudflap's brawl with Skids unintentionally causes them to find the Tomb of the Primes before Bumblebee tosses them out. Later, they encounter Devastator, in which Mudflap is sucked in by Devastator's vortex grinder while attempting in vain to hang on for dear life. Though swallowed, Mudflap breaks out of Devastator as he and Skids battle against the giant before the two are knocked off. The two are briefly seen taking cover under Devastator and are not seen afterwards.

Mudflap and Skids were originally set to appear in Transformers: Dark of the Moon, but they were cut from the final film due to many fans considering them to be racist and due to time restraints. Despite this, he and Skids do appear in vehicle form at the end of an Autobot convoy at the beginning of the film. In the comic version of the movie they are both killed by Sentinel Prime. 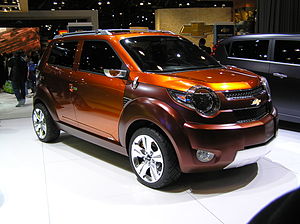 There has been a strong negative reaction to Mudflap and Skids in Revenge of the Fallen as the pair were received as embodying racist stereotypes. The characters have been given ape-like appearance, speak in street-slang dialogue, and confess an inability to read (though the film clarifies that they only have difficulty reading the ancient Language of the Primes that no other modern Transformer can read either, not reading in general and in the film itself they admit to not reading often); one of the characters also has a gold tooth. Manohla Dargis of the New York Times said that "the characters [...] indicate that minstrelsy remains as much in fashion in Hollywood as when, well, Jar Jar Binks was set loose by George Lucas."[11] Critic Scott Mendelson said, "To say that these two are the most astonishingly racist caricatures that I've ever seen in a mainstream motion picture would be an understatement." [12] Harry Knowles, founder of Ain't It Cool News, went further, asking his readers "not to support this film" because "You'll be taking [your children] to see a film with the lowest forms of humor, stereotypes and racism around." [13] Director Michael Bay has defended the robots as "good clean fun" and insisted that "We're just putting more personality in the film." Bay stated that he made the robots for the kids, but he did remove them from Dark of the Moon in response.[14]

Mudflap is among the characters who appear in the TRANSFORMERS CVBERVERSE Battle Builder Game.[15]

All toys of this character are officially licensed from General Motors.

A small toy car that automatically transforms into robot mode when tilted upright.[17]

Transforms from Chevrolet Trax to robot.[18]
This toy was designed by Takara toy designer Hisashi Yuki.[19]

Packaged together with his twin Skids.

A Lawson (Japan) exclusive redeco of Deluxe Skids and Mudflap with sand effects, depicting their appearance during their battle with Devastator in Egypt. Sold with the purchase of the Revenge of the Fallen DVD.[20]

A Target exclusive featuring a green/white redeco of the Legends figure with Legends Mudflap.

A Toys "R" Us exclusive gift set featuring the Ice Cream Van Twins and Voyager Demolishor. The twins are redecorated with rust effects and additional stickers.[21]

Packaged with Agent Simmons that can fit inside Mudflap and Chromia whom Simmons can ride upon.

A repaint of the initial Deluxe toy, meant to represent Mudflap after the film.[22]

A Walmart exclusive tan/red redeco, bundled with a white redeco of Voyager Starscream.[23]

A redeco of ice cream van Mudflap and Skids in gold and pink, bundled with Sideways.[24]

A Japan exclusive pink/white redeco of the Legends figure.

An all-new Legion (formerly Legends) mold of Mudflap, now as a Chevrolet Spark.[25]

An all-new Deluxe mold of Mudflap. While he and Skids share the same Chevrolet Spark vehicle mode, their robot parts and transformation are completely different. His Mech Tech weapon is a blaster with a retractable axe that is a redeco of the Wal-Mart exclusive Optimus Prime.[26]

Share
Retrieved from "https://en.everybodywiki.com/index.php?title=Mudflap_(Transformers)&oldid=935379"
Categories:
Hidden categories:
This page was last edited on 9 August 2020, at 07:27.
Content is available under License CC BY-SA 3.0 unless otherwise noted.
This page has been accessed 888 times.
Privacy policy
About EverybodyWiki Bios & Wiki
Disclaimers