Bitcoin Private gives users the option to generate either public or private addresses, redeemable for transactions to either address type. Private addresses work by using use Zero-Knowledge Succinct Non-Interactive Arguments of Knowledge (zk-SNARKs), as opposed to the older technique of ring signatures used in coins such as Monero. Evidence of ownership is provided without revealing which units are owned. This means that owners can redeem funds without any traceable history.[1][non-primary source needed][6][irrelevant citation]

Bitcoin Private retained Zclassic's Equihash algorithm.[7][non-primary source needed] Equihash is a memory-intensive proof of work mechanism, making it ASIC-resistant. This reduces centralization by incentivizing mining with accessible hardware. Bitcoin Gold also borrowed Equihash from Zcash.[8][irrelevant citation][9][irrelevant citation] Despite this, a study in May 2018 found that 30% of total hashes were coming from ASICs.[10][irrelevant citation] 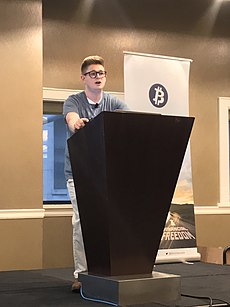 Others articles of the Topics Cryptography AND Free and open-source software : Bimil, Dietbitcoin

Retrieved from "https://en.everybodywiki.com/index.php?title=Bitcoin_Private&oldid=865362"
Categories:
Hidden categories:
This page was last edited on 18 July 2020, at 18:56.
This page has been accessed 2,136 times.
Content is available under License CC BY-SA 3.0 unless otherwise noted.
Privacy policy
About EverybodyWiki Bios & Wiki
Disclaimers