England opener Clifford Roach became the first man to score a Test century at Bourda when he made 209 against England in 1930. The score of 259 by Kiwi Glenn Turner against Windies in 1972 still stands as the highest score seen at the ground. Overall, there are 61 Test centuries have been scored at the ground, including 4 double hundreds. Garfield Sobers and Shivnarine Chanderpaul of West Indies become the successful batsmen at the venue, with 4 centuries each.[3]

Four ODI centuries have been scored at Bourda, and the first by Pakistani batsman Javed Miandad who scored 100 not out from 99 deliveries against West Indies in 1988. The highest score achieved at the ground is unbeaten 152 made by West Indies maestro Desmond Haynes against India in 1989.[4] 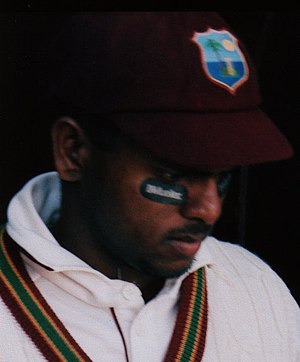 Shivnarine Chanderpaul has scored 4 centuries at the venue

The following table summarises the Test centuries scored at Bourda.

The following table summarises the One Day International centuries scored at Bourda.