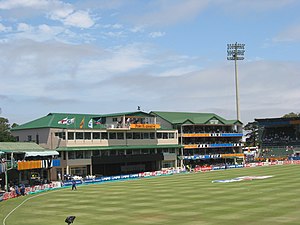 English batsman Phil Mead became the first man to score a Test century at St George's Park when he made 117 against South Africa way back in 1914. 196 runs scored by South African Herschelle Gibbs against India in 2001 stands as the highest score seen at the ground, and a double century is yet to score. Overall, 36 Test centuries have been scored at the ground.[5]