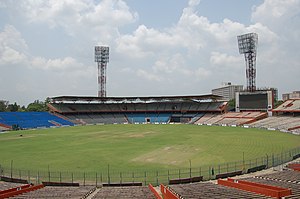 Eden Gardens before the start of a match.

Eden Gardens is a cricket ground in Kolkata, India. It is the home of the Bengal cricket team and the Indian Premier League's Kolkata Knight Riders, as well as being a Test and One Day International ground. It has a capacity of 90,000. The ground has held Test matches since 1934 and hosted its first One Day International in 1987.[1]

Rohit Sharma broke the record for the highest individual innings in an ODI when he scored 264 against Sri Lanka in November 2014 at Eden Gardens.[3] 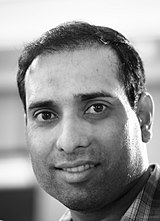 India's VVS Laxman has the highest individual Test score by any batsman at this ground, with a score of 281. 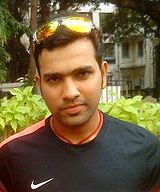 India's Rohit Sharma recorded the highest-ever individual score of 264 by any batsman in an ODI match, at the ground, in 2014.

The following table summarises the One Day International centuries scored at Eden Gardens.[3]